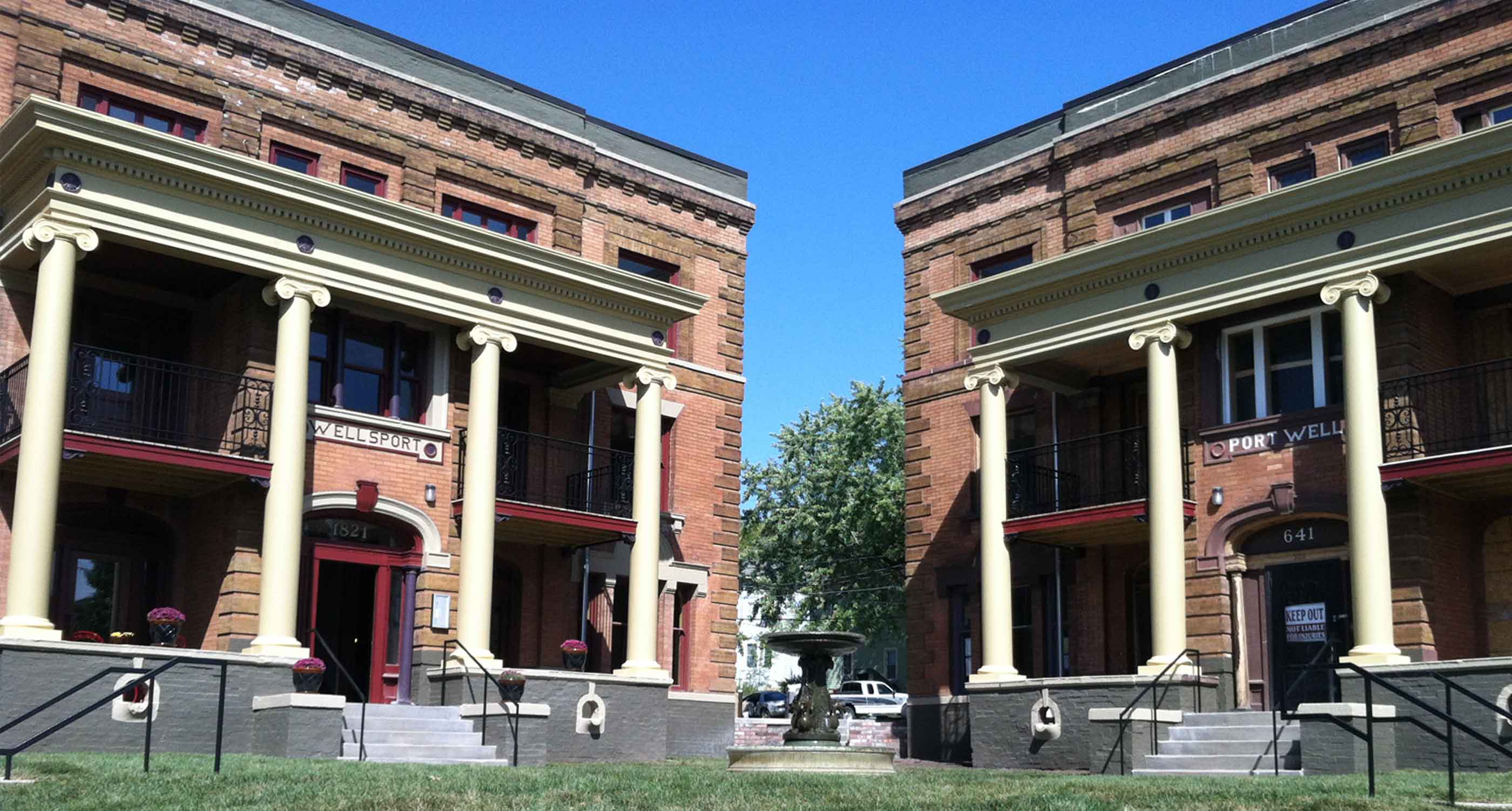 The Portwell Flats (641 19th Street) and Wellsport Flats (1821 Woodland Avenue), circa 1902 – 1903, are “Renaissance Classic” twin buildings with mirror image interior layouts that are arranged on a common raised lot located on a prominent corner of the National Historic Registered neighborhood of Sherman Hill. The buildings are three stories in height with an original floor plan of six apartments in each, plus a small manager’s apartment located in the basement level of the Wellsport, for a total of thirteen units.

The noted Des Moines architect firm of Proudfoot and Bird were commissioned to prepare plans for the twin buildings. The two flats are of particular interest because they are two identical buildings on a shared lot situated on a prominent corner, a rare type of architectural commission by Proudfoot and Bird, and one that came simultaneously with their noted designs for Marsten Hall at Iowa State University and the Polk County Courthouse.

Over the years the buildings were eventually sold and the spacious apartments were divided to make 20 smaller units. Deterioration began to fall upon both the interior and exterior of the buildings greatly diminishing the beauty of the once “majestic twins”. Sonja Roberts and Jack Hatch purchased the buildings in 1997 with the intention of restoring them to their original historic condition.

Construction on the major renovation began in the spring of 2011 and was completed in the late spring of 2012. It received Federal and State Historic Tax Credits to ensure that the renovation adhered to strict historic standards. Upon completion, the Portwell and Wellsport is providing new rental units and once again stand majestically representing their original character while adding new life to the historic neighborhood. It remains on the National Registry of Historic Places.