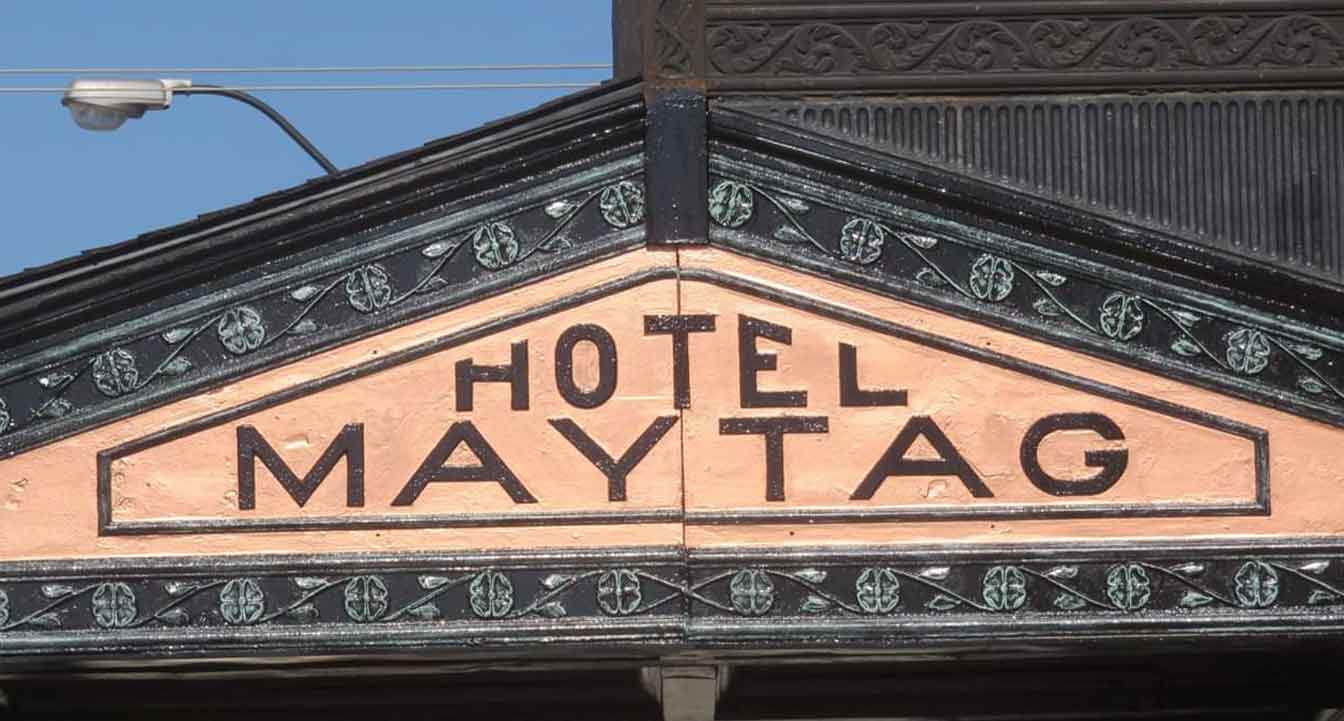 NEWTON, Iowa- State and local leaders gathered Wednesday to mark the re-birth of a local landmark in Newton. Governor Kim Reynolds and Lt. Governor Adam Gregg were on hand to note the conversion of the Maytag Hotel, into modern apartments. The $16 million dollar effort, a coalition of investors and state incentives, was led by Des Moines developer Jack Hatch.

“The Mayor and the City Council of Newton have really been so visionary in what they want to do with this building,” said Hatch. “They backed that up with a significant amount of local investment and then we tied together nine other investor groups and pulled it off.”

Hatch said the crews remodeling the building rediscovered the ballroom, which had been covered over with suspended ceilings and
made into small offices.

“We walked into 26 individual offices, low ceilings, fluorescent lights,” said Hatch. “We pushed through the ceiling to notice some of the ornate moulding on the ceiling.”

The Maytag Hotel was built by Fred Maytag, of the Maytag corporation. He used the hotel to entertain customers who came here from around the world to do business with Maytag. It was the first air- conditioned hotel west of the Mississippi River.

Governor Reynolds came to see the efforts of state agencies coupled with local leaders to restore this building.