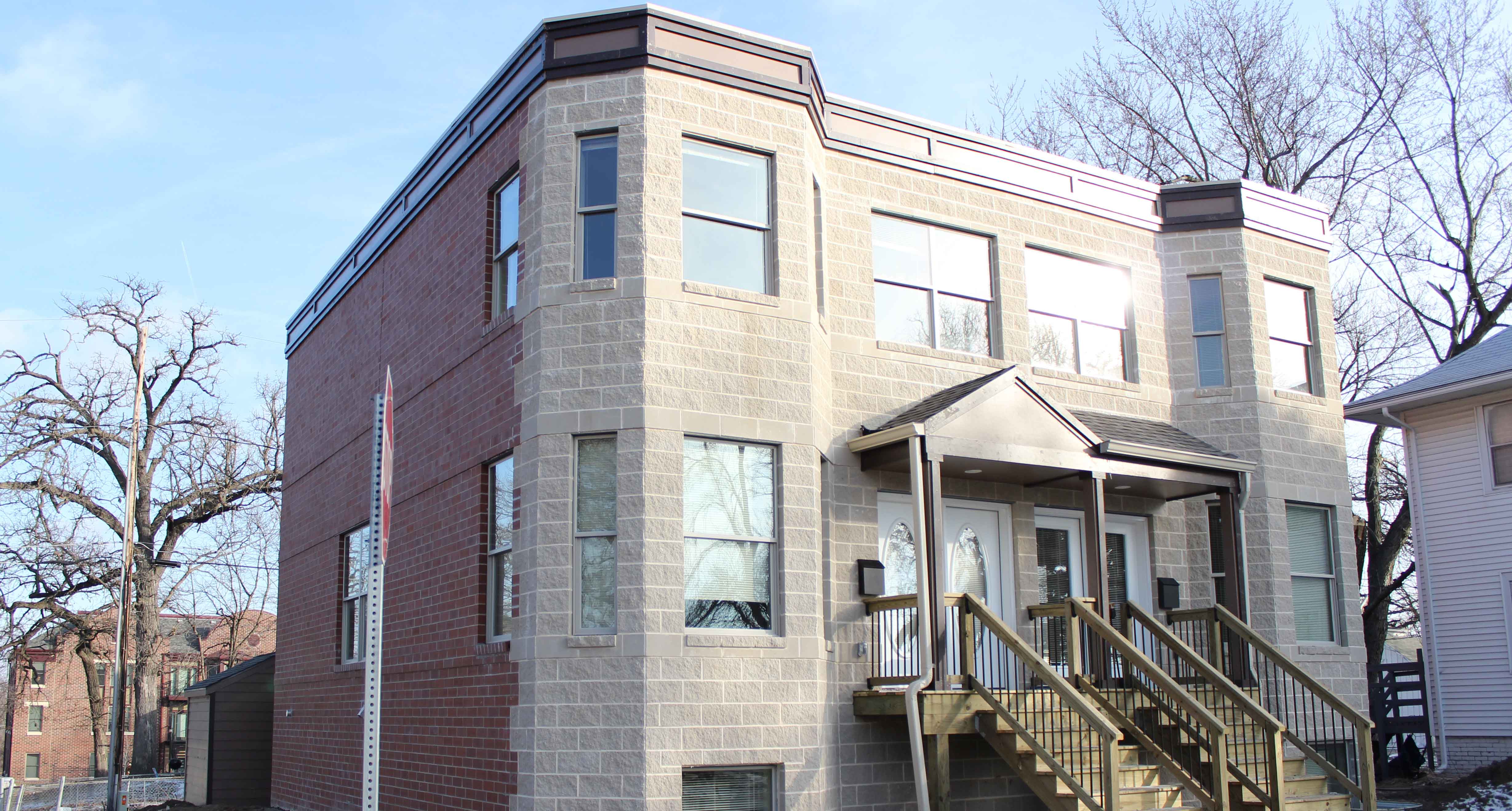 Twenty-six single-family homes could be added to the Des Moines landscape as Hatch Development Group continues its foray into the affordable-housing market.

The estimated $6 million infill development project is intended to replace a number of vacant lots and dilapidated dwellings in central Des Moines with a modern, sustainable version of Chicago’s historic greystone homes.

The proposed project, which Galloway said is dependent on an allocation of low-income housing tax credits (LIHTCs) by the Iowa Finance Authority (IFA), will provide rent-to-own housing options to low-income families.

“The idea is to provide support for home ownership,” Galloway said, noting that $50 of each estimated $675 rent payment will be placed in an escrow account, which is intended to help tenants save enough money for a down payment.

On Feb. 28, the Des Moines City Council voted to submit a letter to the IFA in support of the proposed project. That move coincided with the council’s decision to approve the Drake Neighborhood Plan, which calls for improvements to University Avenue and other arterial roadways as the city works with Neighborhood Development Corp. to redevelop Forest Avenue into a mixed-use corridor.

On Feb. 17, the Des Moines Plan and Zoning Commission approved a conceptual plan for a planned unit development that will allow Greystone Homes to construct two units on Leyner Street, south of a Smokey Row coffeehouse, as the restaurant develops additional off- street parking spaces.

The highest concentration of greystones will be situated on eight sites located within three blocks of MLK Brickstone, the first phase of a multifamily LIHTC project that Hatch Development completed at 1039 19th St. in November 2010.

That development’s 18-unit building is already 100 percent occupied, and the project’s second phase, a 30- unit building at 1051 19th St., is slated to open this fall.

“Our development company is as interested in building and sustaining neighborhoods as we are affordable housing.” – Jack Hatch, Founder, Hatch Development Group

On Feb. 28, the Des Moines City Council voted to provide the Iowa Finance Authority (IFA) with letters of support for 16 low-income housing tax credit
projects. Applications for the credits were due to the IFA on March 8. Developers are expected to learn in June if they will be granted an award.

“We support the concept of these projects,” said Phil Delafield, the city’s community development director.

MLK Brickstone development,” Galloway said. “Instead of having one project in one location, this is a way to fill in the land gaps of the entire neighborhood.”

City records indicated that the Drake neighborhood has more than 6,000 housing units, 43 percent of which are single-family homes. Thirty-three percent of the area’s housing inventory is made up of multifamily apartments.

Galloway said the Greystone Homes project will afford more options to prospective renters, because the affordable homes will be constructed near market-rate rental properties. “It provides an opportunity for mixed- income housing,” he said.

Each of the proposed two-story greystones will include a geothermal heating and cooling system, a garden-level basement and cast-in-place insulated concrete walls, Galloway said. In addition to constructing the homes to meet the standards of Iowa Green Streets – an Iowa Department of Economic Development initiative intended to encourage energy efficiency and sustainable building practices – the developer intends to pursue Leadership in Energy and Environmental Design certification for each house.

Greystone Homes was expected to submit to the IFA this week an application for approximately $7 million in LIHTCs, which developers typically sell to investors in order to generate equity in their projects.

Investor demand for tax credits waned during the recession as slim profits or big losses reduced their tax liabilities, reducing their need to purchase the credits. Last year, Galloway said, developers would have been lucky to sell the credits for 65 cents on the dollar.

But things are improving.

“The market for selling the tax credits has improved somewhat, but has not recovered to its pre-2007 levels,” city documents said. “Developers are estimating the credits will sell between (75 cents) to (79 cents) on the dollar.”

Hatch said Midwest Housing Equity Group Inc., a tax- credit syndicator with an office in Des Moines, has agreed to pay 75 cents on the dollar for Greystone Homes’ tax credits.

“The pricing is much better this year, which is indicative of a rebounding economy,” Galloway said.

The remainder of the project will be financed by a mix of Enterprise Zone tax credits, HOME Investment Partnership Program funds and a 10-year-tax abatement, as well as a loan from Waverly, Neb.-based Horizon Bank, Galloway said.

As of March 7, three of the proposed projects – Elsie Mason Manor, Liguitti Tower and Ninth Street Lofts – had withdrawn their requests for support and have no plans to submit applications this year to the IFA, according to Mary Neiderbach, a senior city planner.

Grimes-based Koester Construction Co. Inc. was selected as the general contractor. Simonson & Associates Architects LLC is the project architect. Construction is expected to begin in November and take about 14 months to complete.

City records indicated that the Drake Park, King Irving and Sherman Hill neighborhood associations have each voiced their support for the proposed project.

“It’s been a labor of love,” Galloway said of the time Hatch Development has spent negotiating purchase agreements, acquiring properties and sorting through various zoning regulations.

At the end of a 15-year period, each home will be sold to a qualified tenant, according to city records. “Our development company is as interested in building and sustaining neighborhoods as we are affordable housing,” Hatch said.

Chicago’s greystones were constructed after the Great Fire of 1871 leveled 17,000 buildings, including one-third of the city’s wood-frame housing stock, according to a report by the City Design Center at the University of Illinois at Chicago. According to the Historic Chicago Greystone Initiative, about 30,000 of the street-facing homes, which were constructed on the city’s standard 25-foot-by-125-foot lots, remain.