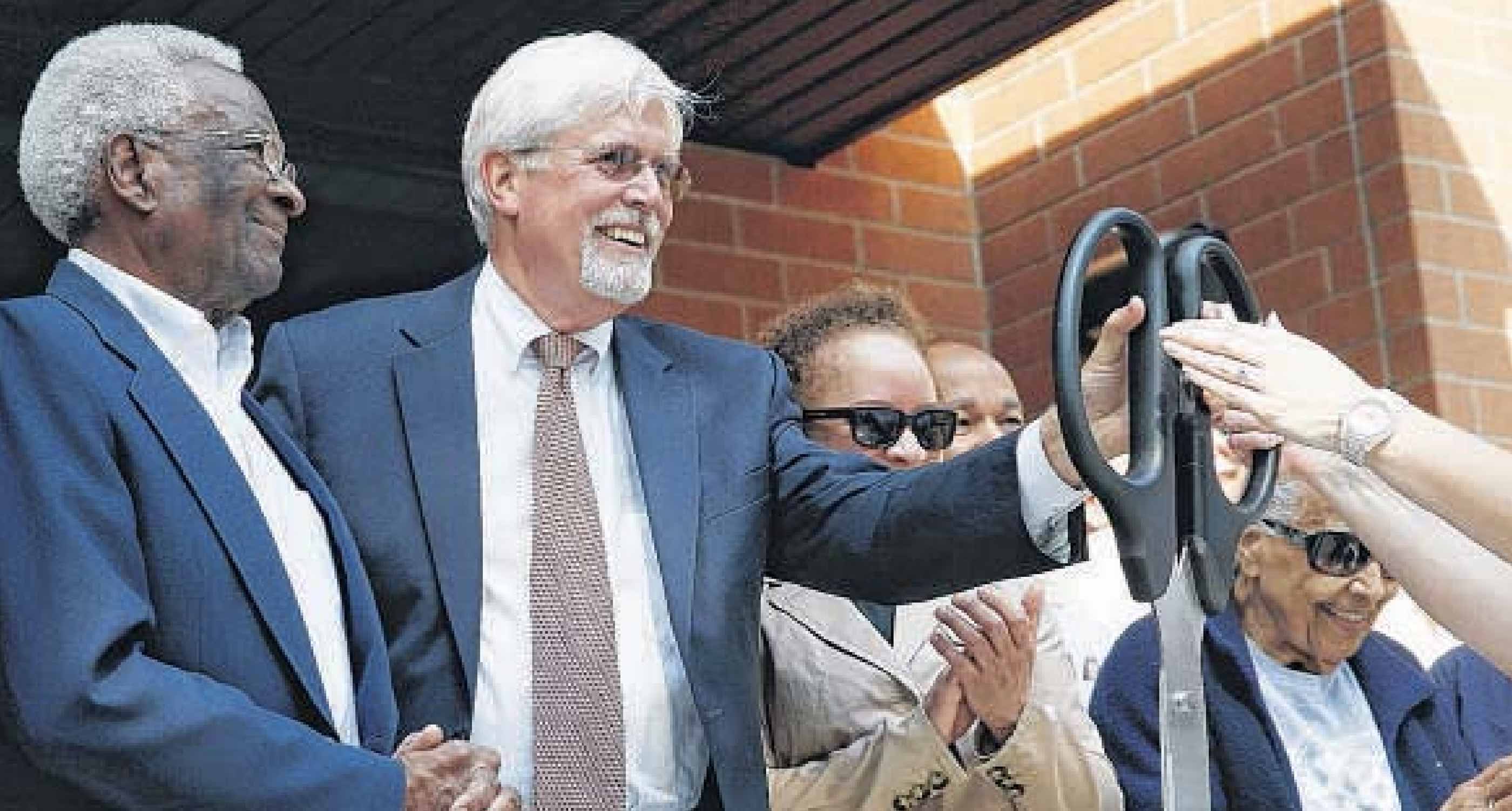 The Harris building is the latest in a series of projects that have replaced housing lost in the Flood of 2008 with the help of $45 million in federal flood disaster relief.

Before Thursday’s ceremony, Jennifer Pratt, the city’s development director, recalled how plans to build the first of the replacement housing projects after the flood were not greeted warmly in some neighborhoods. The federal dollars required that the projects include a mix of apartments, some for lower-income workers, which some neighbors didn’t like.

Seven years later, Pratt said “high-quality” projects like Hatch’s 10th Street Brickstone have helped people set aside negative thoughts about rental housing and to see it as “workforce housing” for workers with a variety of incomes.

“It really has changed people’s ideas of what rental can be,” Pratt said.

Corbett told the gathering o perhaps 100 that the “single-most important thing” that the city did after the flood was to rebuild its housing stock. Some 1,400 properties were bought and demolished during the city’s flood recovery.

“When you lose that many homes in one day, you’re tempted to want to build the very next day,” he said. “But if you do something too fast at a low cost, you sacrifice quality. We didn’t want to do that.”

He said the city has taken its time, rebuilding both single-family homes and multifamily apartment projects with federal assistance. A year and a half ago, he said, the city “turned the corner,” having replaced all that it had lost in 2008. Projects opening now, like the 10th Street Brickstone, are preparing the city for the future, he said.

In total, this piece of the city’s multifamily housing replacement effort will have seen $100.87 million of investment, with $45.5 million of the spending coming form federal disaster dollars.

According to city figures, the 10th Street Brickstone, received $3 million in public funds for what, Todd said, became a $5.2 million project.

Hatch also built and manages the Oak Hill Jackson Bricksotnes, two of the first replacement-housing apartment buildings supported by a different program that opened in 2011 on Sixth Street SE. One is named Adam, for Todd’s son, who has epilepsy. The other is named Pennington, for Art Pennington, a neighborhood resident who was a baseball star in the Negro Leagues of the 1940s.