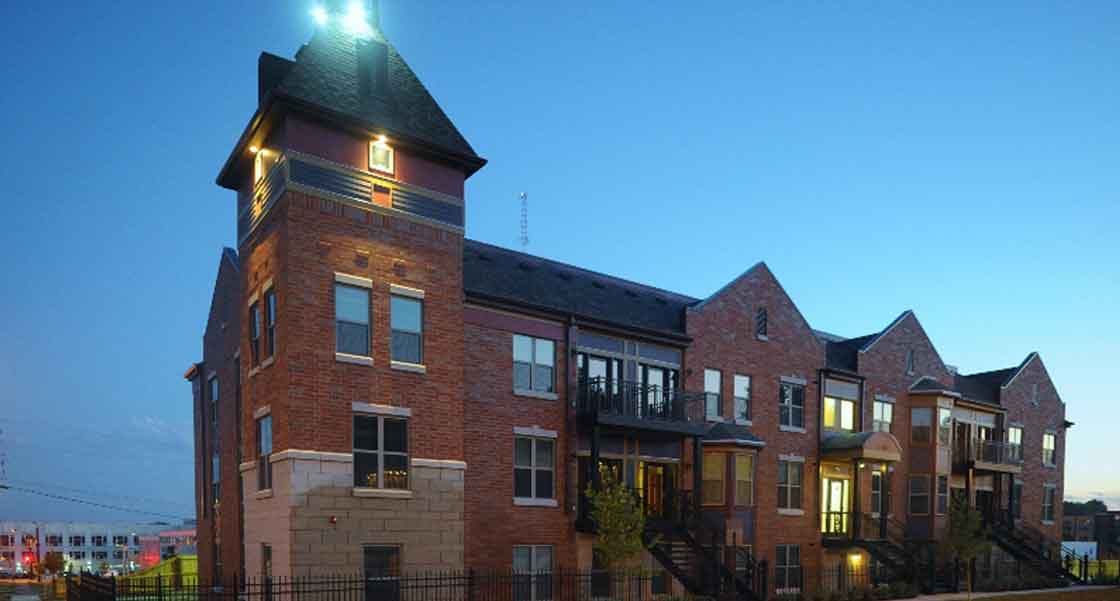 The High Street Brickstone is an affordable housing development on the corner of 17th and High Streets in the Sherman Hill Neighborhood. This twenty-one unit apartment building was inspired by the early 20th century Philadelphia rowhome design similar to the Woodland Avenue Brickstone that is located two blocks away. The building is distinguished by an early 20th century style tower that forms the focal point of the building, which will be further enhanced by decorative bands of varying colors on all four sides. In addition to entraces from the parking area, three separate staircases lead into the building from the sidewalk on High Street, so that it will be pedestrian friendly similar to the other housing stock in the walkable Sherman Hill Neighborhood. The building has been completed with energy efficient features including geo-thermal heating and cooling.