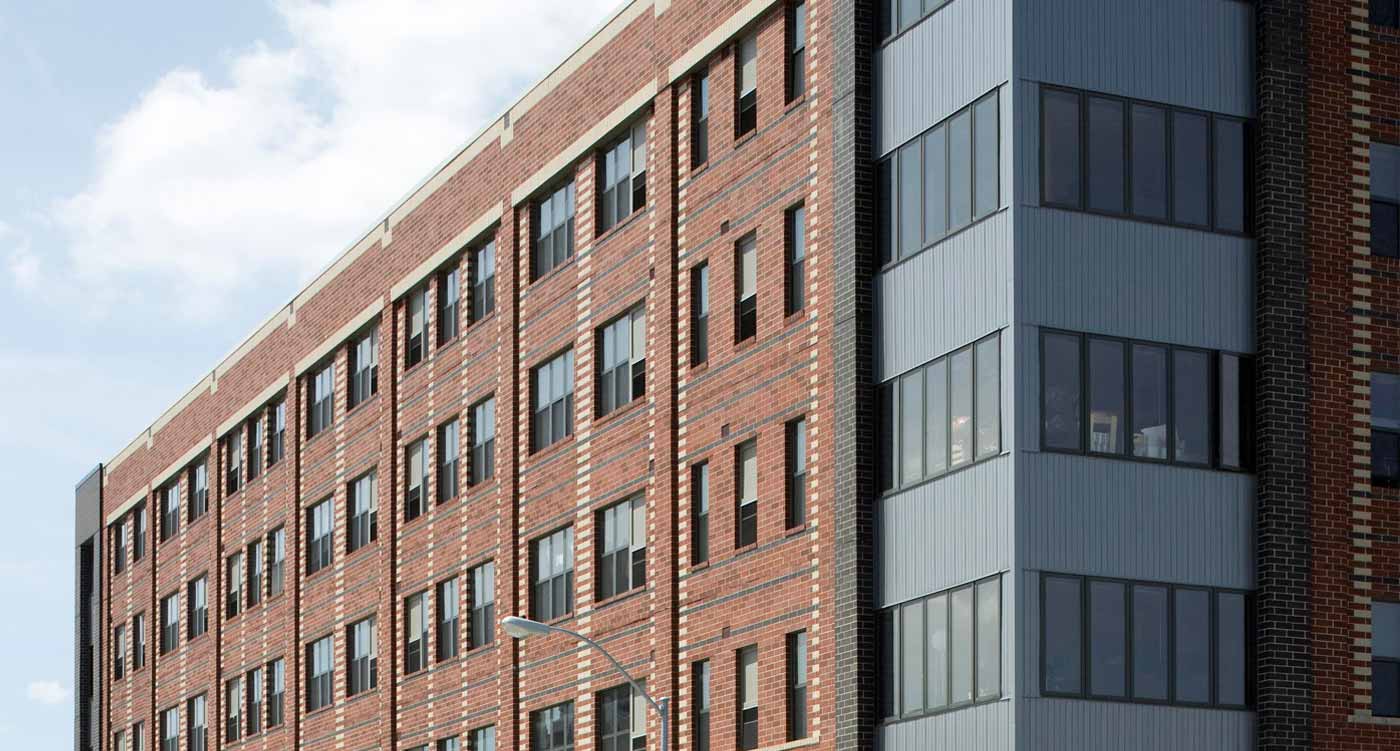 The East Village Square is a new, vibrant and diverse apartment community located in Des Moines’ trendy East Village at 333 East Grand. Its unique features include 21 live/work lofts that range from 900 to 1150 square feet, which are ideal for artists or entrepreneurs who want to work from their residences. The remaining 94 one and two-bedroom apartments have breathtaking views of downtown Des Moines and the golden dome of the State Capitol.

The East Village Square is the flagship residential building and the largest construction project in the East Village since the construction of the Capitol building. It is a $16.2 million project with 115 mixed-income apartments that the Hatch Development Group spearheaded for the Neighborhood Investment Corporation, a non-profit community resource corporation.

Historically, the East Village has encompassed the “government section” of the Capital City, extending east from the center of state government, the Capitol, and west to the center of Des Moines’ government, City Hall. The East Village was originally developed in small parcels, resulting in a series of different buildings, each with its own characteristics and unique identity within the neighborhood’s fabric. However, many of the buildings share a number of common features: they relate strongly to the activity of the street; the building sizes are classically proportioned; they offer venues that serve to activate the street; and they are mixed-use buildings with retail, residential, and offices. The East Village is quickly becoming Des Moines’ most dynamic neighborhood.