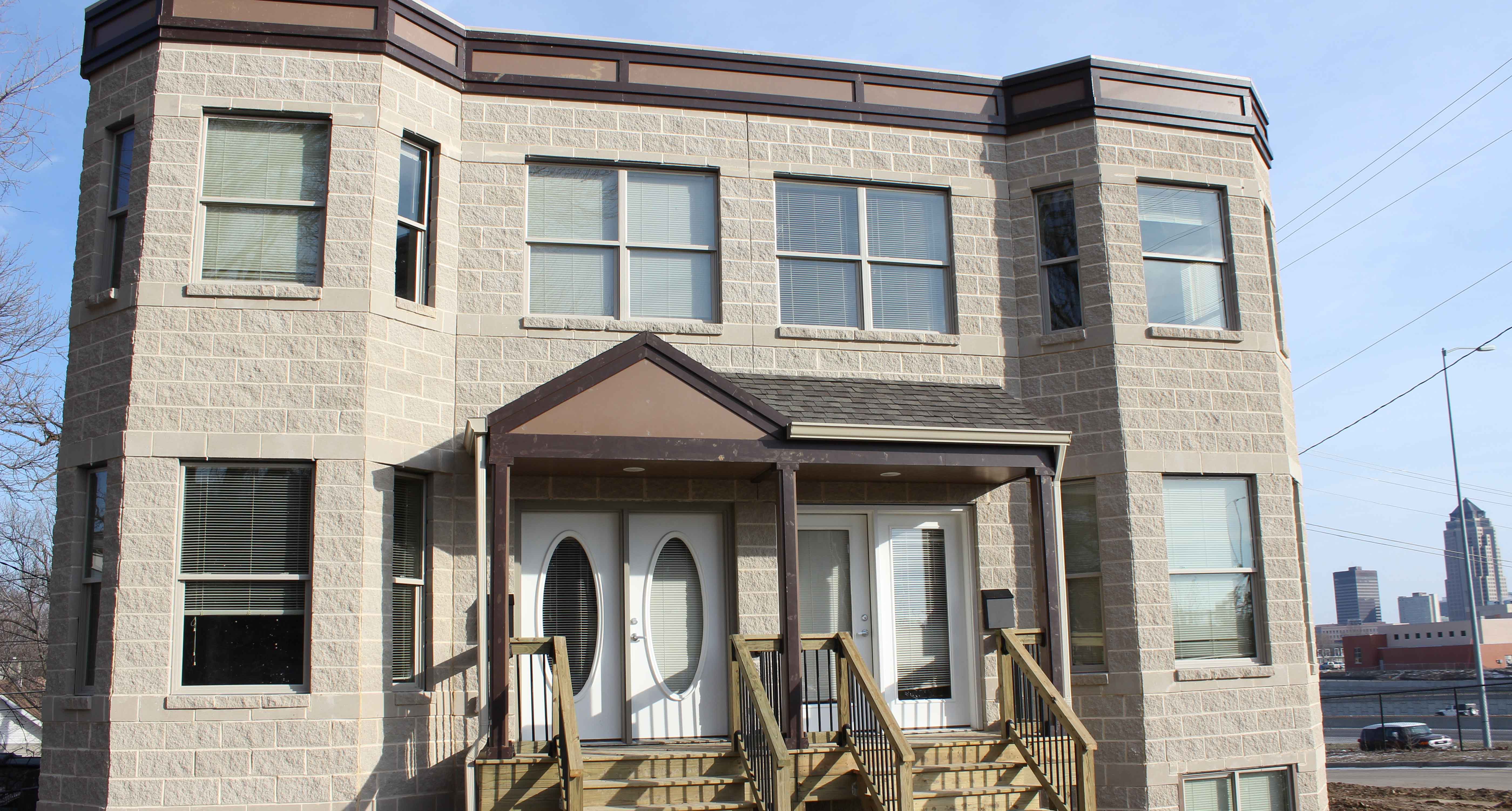 The Des Moines Greystones is a Low Income Housing Tax Credit (LIHTC) project consisting of 26 single-family homes utilizing infill lots in Des Moines. It is only the second “Rent to Own” project funded by the LIHTC program in Iowa. After the 15 year compliance period, a home is available for purchase by the tenant. In 2013, it was one of four finalists for the best urban development in the country byAffordable Apartment Magazine.

The 26 Greystone four bedroom homes are located in four inner city neighborhoods. The design is inspired by the unique Chicago Greystone architectural style, variations of which are ubiquitous throughout the City of Chicago, which we believe will complement the proposed site plan in the four Des Moines neighborhoods. The project’s goal is to replace the traditional “cookie-cutter” style of infill housing, which is primarily stick-built framing with durability of pre-caste concrete or concrete block, which is becoming a common building material for houses throughout the Midwest due to its resistance to fire, termites, mold and adverse weather.