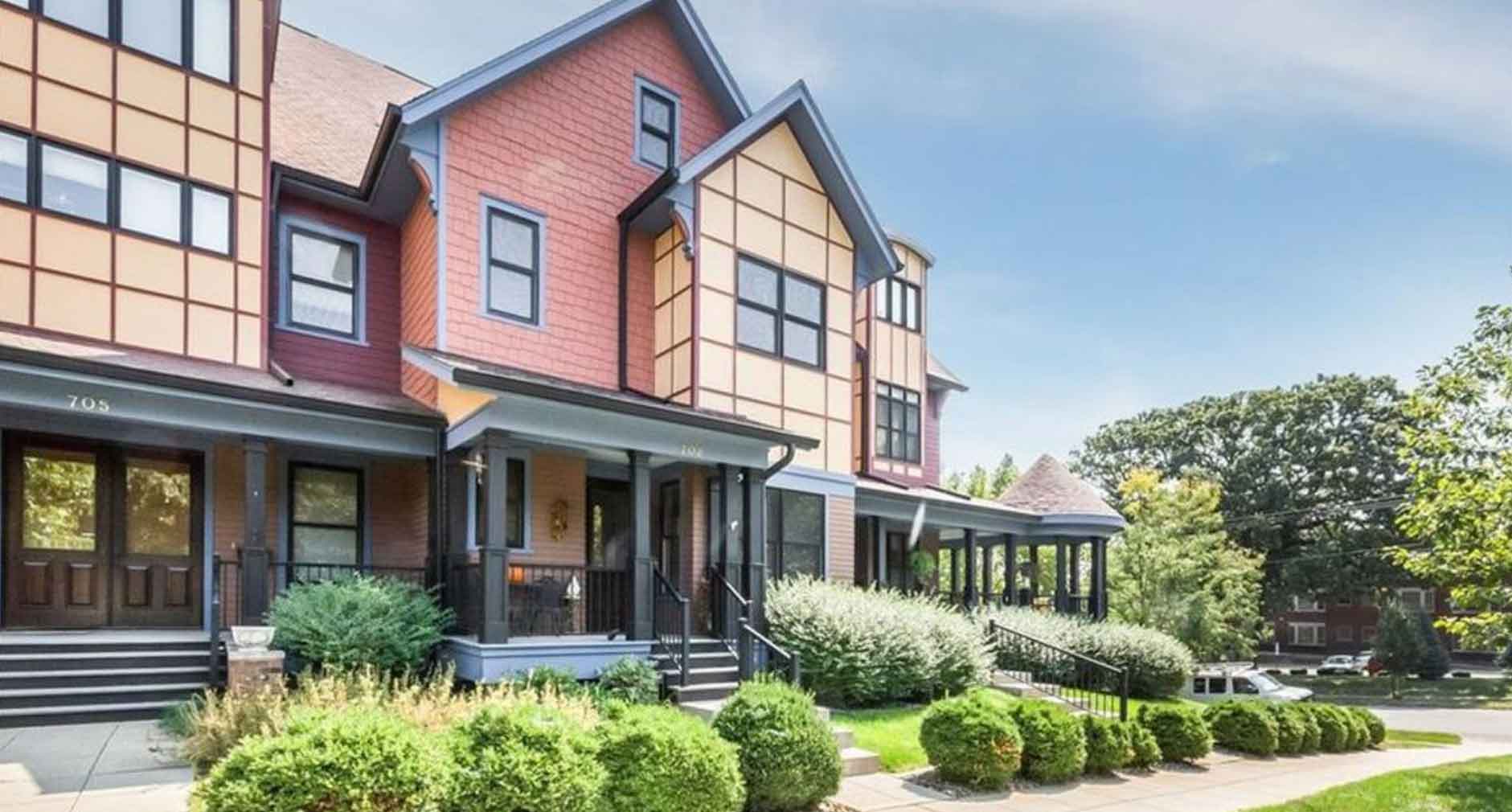 The Alchemilla is a beautiful Victorian-style town home with six units ranging in price between $289,000 and $340,000 located at 703 16th Street in the Historic Sherman Hill Neighborhood. The perennial flower, alchemilla, whose name comes from the Arabic word meaning “little magical place,” inspired the project’s name. Folklore asserts that the drops of dew collected from its leaves were an essential ingredient to turn common metal into gold, as this project is a golden home for its fortunate residents.

Jeffrey Morgan, the principal for JMA Studio, was the Alchemilla’s architect. This was Jeffrey’s second project with HDG after he captured the historical essence of the neighborhood in the new construction of the Woodland Avenue Brickstone. In this project, he partnered with Sonja Roberts, interior designer and Senator Hatch’s wife, bringing elegance to the designing of new condominiums in downtown Des Moines. Construction on the Alchemilla is complete and the project is ready for occupancy.

These are now Victorian style townhomes. These six private residences originially sold for $306,000 in 2008.  Today, the most recent sale of one of the townhouses sold for $586,000.  A really good neighborhood in the central city.