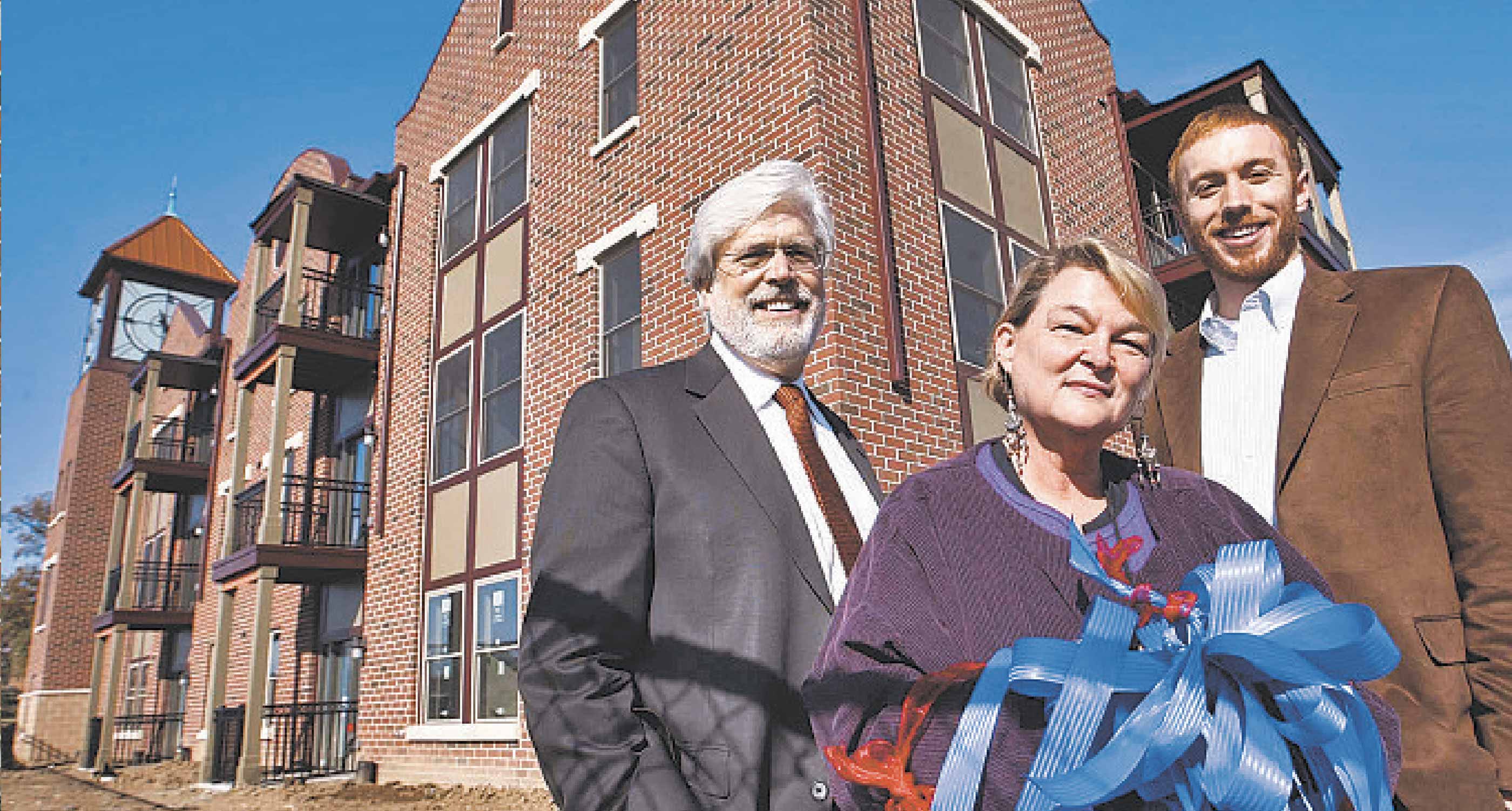 Developer Jack Hatch and his wife, Sonja Roberts, are among those getting set for the ribbon-cutting Monday for phase one of the MLK Brickstone Project. This three-story apartment house at 1039 19th St, just north of interstate Highway 235 in Des Moines, is modeled after the Woodland Avenue Brickstone that Hatch’s company built in 2003. The two serve as bookends of sorts for Sherman Hill. Hatch, Roberts, and Ryan Galloway are all partners in MLK Brickstone, which features geothermal heating and cooling. Ground was broken Monday for the second phase; together, the two parts will cost $8.1 million and house 48 low-income unites.