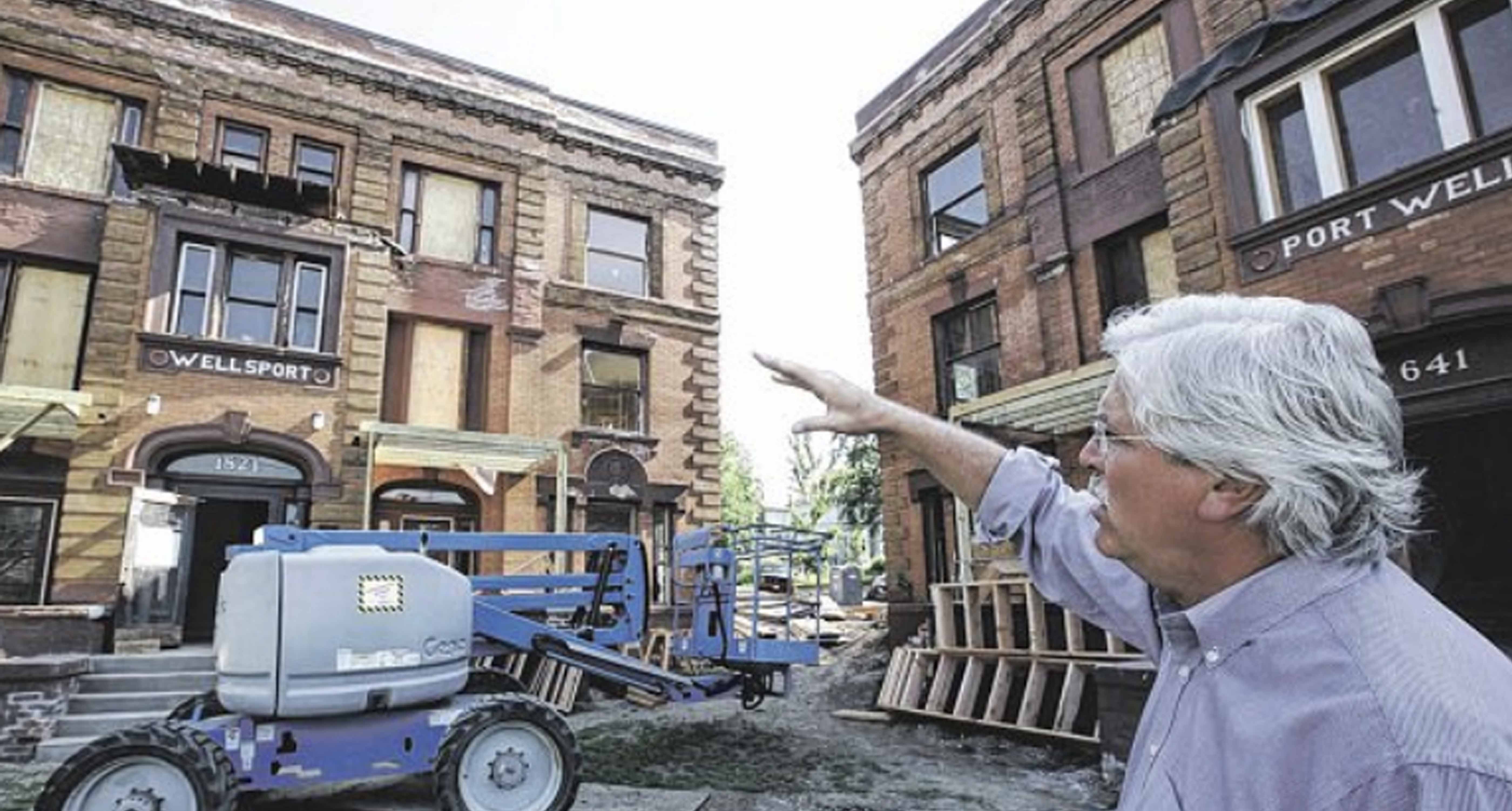 From Old Classics to Hip Homes

History is changing overnight, it seems, for many old downtown Des Moines buildings.

Developers are transforming decades-old warehouses, office buildings and other structures into nearly 500 apartment units, some of which will open this summer and fall.

The activity appears to be happening at once, but it has taken years for owners to undertake the expensive, exacting process of renovating the buildings while preserving historical accuracy.

Hubbell Realty has owned the land under the Rocket Transfer warehouse since before it was built 112 years ago. All three properties are being renovated, pushed by two forces: Developer Jack Hatch and architect Kirk Blunck.

The “twin sisters” had lived a hard 95 years when Jack Hatch and Sonja Roberts bought the Wellsport Portwell Flats in 1997.

The three-story renaissance classic buildings’ grand, 18-foot-high columns and porticos had fallen long before. The drafty apartments were plagued with sewer problems, roaches and drug-abusing tenants. Their past included a murder-suicide in 1993, among other crimes.

Evictions and repairs went only so far.

“We improved it, but not enough to ask for more rent,” Hatch said.

The couple contemplated selling the buildings. But about four years ago they decided to seek historic tax credits to restore the former beauties, nicknamed the “twin sisters” for their identical layouts.

“We knew we couldn’t do it without tax credits,” Hatch said. Nearly 54 percent of the $1.94 million construction cost has been financed through state and federal historic tax credits, according to documents Hatch provided. But it’s hardly easy money.

To get the federal tax credits, developers must pass rigorous National Park Service guidelines. Hatch’s team worked for months to get approval for its plan to restore the buildings’ windows, all of which had ropes and weights. In the end,they rebuilt almost all of the original 120 windows; only about nine or 10 had to be replaced, Hatch said. “Anything you do wrong can jeopardize the entire project,” he said. Workers are restoring the quartersawn oak flooring and doors, milling framework to original specifications and returning the units to their original size. (Hatch has the original plans from legendary Proudfoot and Bird Architects.) Des Moines contractor Pacesetter is doing the work. If all goes as planned, the Wellsport (the building facing Woodland) will open Aug. 1, and the Portwell on Sept. 15. Hatch plans to rent the 1,200-square-foot, two-bedroom units for $1,400 to $1,600 per month. Before renovation, rents were $500 for a one bedroom and $700 for a two bedroom. Sherman Hill suffered after Interstate 235 displaced neighbors to the north in the late 1960s, and crime soared. Landlords cut up grand old buildings. Their once-spacious 13 apartments — with maid’s quarters — were divided into 20 cramped units. Hatch moved into the neighborhood in 1980 and has played a role in its renaissance. His company built the Woodland Avenue Brickstones in 2003, one of the first apartments built downtown in a decade. “We don’t just do this to make money, we do this to make a contribution to the neighborhood,” he said.