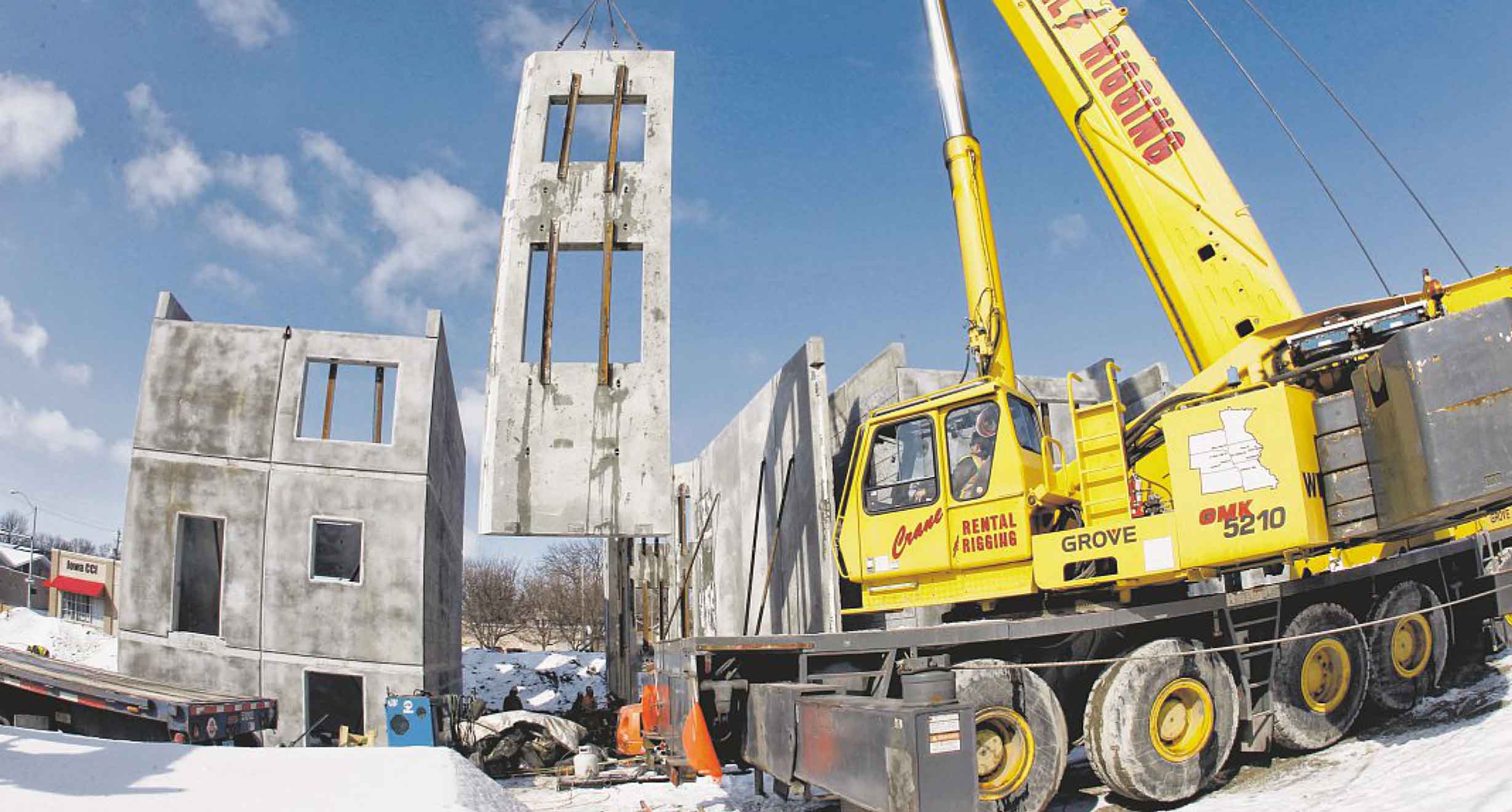 D.M. Greystones Built with a Look to the Past

The monolithic concrete walls, more typically found in commercial parking garages or mammoth warehouses, will hold together six of 26 homes being constructed for low-income residents, a $7 million project that Hatch development has under way at sites scattered roughly between the freeway and Forest Avenue. The project is called Des Moines Greystones, LLC.

Developer Jack Hatch said the group wanted to build homes that would be extremely energy efficient and durable.

The group found what it wanted in precast concrete, said Adam Petersen, president of PDM, the Des Moines company that built the walls to look like the limestone facade of the greystone construction used in rebuilding Chicago after the great 1871 fire.

“They look like field-0laid stone,” said Petersen, who leads the employee-group that bought PDM last year. The concrete walls – with concrete outer and inner walls that sandwich three layers of insulation – are about 11 inches thick, he said. Inside, the homes will have urban finishes, with exposed pipes and duct, a contemporary kitchen and large windows.

Combined with geothermal heating and cooling, Hatch said the 2,200-square-foot, four-bedroom homes for low-income families will be highly efficient. “It has the potential to be used for infill housing all over Des Moines,” said Hatch, a state senator.

The development group would have built all 26 homes from concrete, but Hatch said the state limits how much can be septs constructing restricted-income homes, and the higher-dollar construction methods exceeded the amount. “These homes will be airtight. They keep the heat in during the winter and the heat out during the summer,” he said. “They will last forever.”

Hatch Development snagged about $5 million in low-income tax credits over a decade for the project. Construction, with more conventional materials used to build the other 20 homes, will be completed this summer.

The project is unusual for another reason: Hatch’s group plants to eventually sell the homes to renters. The tax credits provided for the project require that the homes be made available to low-income residents for 15 years.

Hatch said the development group will take $50 from $625 in monthly rents and place it in an escrow account that will be made available as a down payment to families buying a home.

Hatch hopes the project also provides some stability for an are that has struggle with violence in the past.